EBRD to Finance a 50 MW Solar Project in Southern Kazakhstan 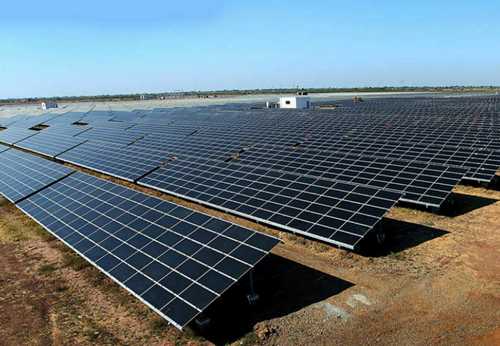 The European Bank for Reconstruction and Development (EBRD) has announced the financing of a 50 MW solar power project in southern Kazakhstan. The proposed financing package arranged by the EBRD includes a local currency loan of up to $40.4 million in Kazakhstan Tenge and a loan of up to $10 million from the Green Climate Fund (GCF).

The new project, which will be located in Chulakkurgan, south Kazakhstan, is expected to generate over 102 GWh of electricity per year and will help reduce carbon emissions by 86,000 tons per year.

The EBRD has teamed up for this investment with Risen Energy, a Chinese solar modules manufacturer and project developer. This is EBRD’s second project with Risen after the two organisations worked together to deliver a 40 MW solar plant in the Karaganda region of the country.

The latest project is the one to be signed under the Bank’s Kazakhstan Renewables Framework, a €200 million ($228 million) facility for financing renewable energy projects in Central Asia, which benefits from a $110 million contribution from the GCF.

The EBRD is supporting the implementation Kazakhstan government’s strategy related to renewable energy and carbon market as part of the framework. In 2018, under the Green Economy Transition Approach, the Bank mobilized investments worth €3.4 billion into green economy projects.

To date, EBRD has invested a total of over $8.85 billion in the economy of Kazakhstan through 254 projects. In May 2018, EBRD, Clean Technology Fund and Asian Development Bank (ADB) announced that they are jointly financing a 50 MW solar PV project in the country’s Baikonur region. The recipient of the loan was Baikonur Solar LLP, a 100 percent subsidiary of United Green, a privately-owned strategic investment group.

In August 2018, EBRD announced financing the development of a 100 MW solar project in the Zhambyl region of southern Kazakhstan being executed by M-KAT Green LLP which is a joint venture between Access Infra Central Asia and Total Eren. In the same month, EBRD provided €31 million ($35 million) loan to Nomad Solar LLP for the construction and operation of a 30 MW solar PV power project in Kyzylorda region of Kazakhstan.

In December 2018, EBRD signed an agreement with German company Joachim Goldbeck Holding to develop a 100 MW solar project in the Karaganda region of Kazakhstan. During the same month, Mercom reported on the news of EBRD providing $265 million in long-term loans to Jordan’s National Electric Power Company (NEPCO). The funds were to be used to improve the integration of renewable energy into the country’s grid.

According to Mercom 2018 Annual Solar Funding and M&A Report, the total amount raised through large-scale project funding deals totaled $13.9 billion in 183 deals, of which 145 were disclosed.