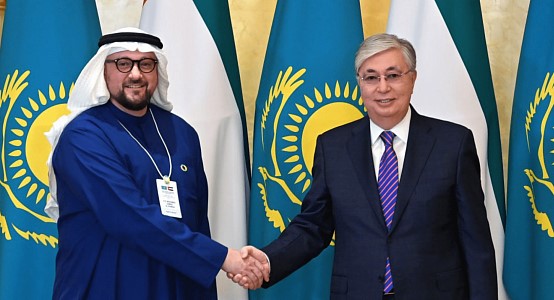 Astana. January 18. KazTAG - It is planned to build a wind farm in the south of Kazakhstan jointly with the United Arab Emirates, reports Akorda.

“Kassym-Jomart Tokayev met with the Chief Executive Officer of Masdar Mohammed Al-Ramahi. The President expressed confidence that the signed cooperation agreement between the Ministry of Energy of Kazakhstan, KIDF and Masdar will be fully implemented. In accordance with the document, it is planned to implement a joint project for the construction of a wind power plant with a capacity of 1 GW in the Turkestan and Zhambyl regions,” reads the report.

Mohammed Al-Ramahi thanked Kassym-Jomart Tokayev for the meeting noted the high potential of Kazakhstan in the development of green energy. He declared his company's interest in the joint implementation of major projects in this area.

The head of state noted that Kazakhstan has set a goal to achieve hydrocarbon neutrality by 2060, as well as to increase the share of renewable energy sources from 4 to 15 percent by 2030.